For all you men who have begun dating again after a divorce, I have some very good news for you. There are plenty of women out there who want to meet you. They, like you, have gone through divorces of their own, or at least share some of the same history. They had a man in their life, they had kids with this man, and it didn’t work out. Women give the best dating advice to men largely because we know what it’s like to be with guys, and because you can’t read our minds, we can tell how what you’re doing makes us feel.

While the internet is filled to the brim with various kinds of dating sites, finding the right dating site for you is one of the first choices you will have to make. Luckily, there are sites specifically for divorcees who are looking to get back into the dating scene. These sites let you meet women who you will already share a common bond with. They may have children, like you, busy schedules, and be interested in having a date night out once a week, staying in touch, or relaxing in for some wine and Netflix.

But the real trick to making this work is more complicated than it sounds. This is not a barrier so much as it is a hurdle. A lot of men who are still recovering from messy divorces enter the dating scene too early. They still have mixed feelings about their ex-wives and there’s a part of them that’s bitter, angry, or distraught over how it ended. While it may be tempting to rush right back into the dating scene, you aren’t really doing yourself any favors by doing so. You need to give yourself time to heal and engage in activities that give you a solid sense of yourself back.

If there are issues with her kids or your kids, you’re going to have to manage those with a soft hand. Sometimes kids can be tricky adjusting to new changes. They always secretly wish for a time in the past when the two of you were together and they seldom understand the issues that go into the choice as to why two people decide to go their separate ways. Introducing them to your children and meeting hers is going to be awkward at first, but should in time be worth the effort.

But for a lot of people, these things have a funny way of working out for them. If the will and the desire are there, and the timing is right, dating after divorce can be very rewarding. A second chance to get things right, and learn from the mistakes of the past. 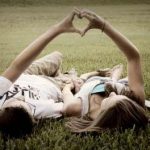 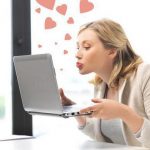